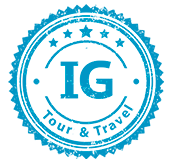 New York City is the most diverse and populated city in the United States (the city has a population density of over 27,000 people per square mile)
Epicenter of the arts. Architectural darling. Dining and shopping capital. Trendsetter. New York City wears many crowns, and spreads an irresistible feast for all.
With its compact size and streets packed with eye candy of all sorts – architectural glories, Old World cafes, atmospheric booksellers – NYC is a wanderer’s delight
There’s never been a better time to dine in New York. It’s a hotbed of seasonal and locally sourced cuisine – with restaurants growing vegetables on roof gardens or upstate farms, sourcing meats and seafood from nearby sustainable outfits, and embracing artisanal everything, from coffee roasting and whiskey distilling to chocolate and cheese making.

San Francisco is often called “Everybody’s Favorite City,” a title earned by its scenic beauty, cultural attractions, diverse communities, and world-class cuisine. Measuring 49 square miles, this very walk-able city is dotted with landmarks like the Golden Gate Bridge, cable cars, Alcatraz and the largest Chinatown in the United States. A stroll of the City’s streets can lead from Union Square to North Beach to Fisherman’s Wharf, with intriguing neighborhoods to explore at every turn. Views of the Pacific Ocean and San Francisco Bay are often laced with fog, creating a romantic mood in this most European of American cities.
San Francisco is one of America’s greatest dining cities. The diverse cultural influences, proximity of the freshest ingredients and competitive creativity of the chefs result in unforgettable dining experiences throughout the City.

Las Vegas is the Entertainment Capital of the World. It is located in the Mojave Desert of Southern Nevada. The city features many mega-hotel/casino complexes decorated with lavish care and attention to detail creating a fantasy-like environment. The casinos often have names and themes that evoke romance, mystery, and exotic destinations.

Located on the coast of the Pacific Ocean in Southern California, San Diego is widely known as “America’s Finest City.” Famous for its miles and miles of white-sand beaches and amazing weather, the city offers an abundance of fun attractions for visitors of all ages.
San Diego is California’s second largest city and the United States’ eighth largest.
America’s Finest City also showcases many popular attractions for the whole family to enjoy. Some of these include Sea World San Diego, LEGOLAND California, the world-famous San Diego Zoo, the Cabrillo National Monument, Balboa Park, several casinos, and many historic parks and museums.

Orlando is a magical place. And it’s not just because it’s home to Cinderella’s castle at Walt Disney World. There’s an incredible mix of fun things to do in Orlando that make it an ideal vacationing spot for not only families but young singles, baby boomers, foodies, outdoor adventurous types, luxury shoppers and international visitors.
Orlando is a place known for hospitality, and that extends to its many hotels, spas and services that suit every budget and taste.
There’s no limit to the many adventures and exciting times that await in Orlando, a city that’s inspired by dreams and wonder.

Buenos Aires is the capital city of Argentina and it is known for its European-style architecture and rich cultural life. It has a big number of theaters wonderful parks, stores, mansions, museums, and amazing monuments. Know as the Paris of South America, the city also offers great venues and the most luxurious accommodation around the country.

There simply is no way to tour Europe and not be awestruck by its natural beauty, epic history and dazzling artistic and culinary diversity Europe’s almost unmanageable wealth of attractions is its biggest single draw: the birthplace of democracy in Athens, the Renaissance art of Florence, the graceful canals of Venice, the Napoleonic splendour of Paris, and the multilayered historical and cultural canvas of London. Less obvious but no less impressive attractions include Moorish palaces in Andalucía, the fascinating East-meets-West brew of İstanbul in Turkey, the majesty of meticulously restored imperial palaces in Russia’s former capital St Petersburg and the ongoing project of Gaudí’s La Sagrada Família in Barcelona.

Dubai is a stirring alchemy of profound traditions and ambitious futuristic vision wrapped into starkly evocative desert splendour.
It’s hard not to admire Dubai for its indefatigable verve, ambition and ability to dream up and realise projects that elsewhere would never get off the drawing board. This is a superlative-craving society that has birthed audaciously high buildings and palm-shaped islands. Sci-fi concepts such as flying taxis, a lightning- fast Hyperloop train and an army of robocops are all reflections of a mindset that fearlessly embraces the future.
The first Middle Eastern city to make the Unesco list of creative cities of design, Dubai is a bustling microcosm peacefully shared by cultures from all corners of the world. This diversity expresses itself in the culinary landscape, fashion, music and performance. Although rooted in Islamic tradition, this is an open society where it’s easy for newcomers and visitors to connect with myriad experiences, be it eating like a Bedouin, dancing on the beach, shopping for local art or riding a camel in the
desert. Dubai is a fertile environment conducive to breaking down cultural barriers and preconceptions.

When was the last time
you did something for the first time?